Sandy Loder from Peak Dynamics spent a session with the team at their final training session, which looked in depth at the physiological makeup of the team and how their interaction with each other can be optimised during the 90 days they will spend together, with no other contact with the outside world. The dynamics of this are so key that Sandy has worked with other elite sports teams including members of the England Rugby World Cup squad, Red Bull High Performance, extreme adventurers and elite cycling and golf, with a focus on the team and individual decision-making under pressure.

The session started with a group Arctic simulation exercise where the individuals had to decide a plan before a discussion as to what the best solution and plan might be as a team. The aim being to reach a consensus solution. The point of the exercise was not to test their survival skills but to monitor and measure their behaviour, rational thinking and interpersonal expertise and ability to work as a team. Research shows that individual team member perceptions and beliefs about status differences within the teams diminishes psychological safety and discourages individuals from discussing issues and concerns openly. This simulation exercise highlighted that the SPEAR17 team works better together. It achieved a 35% higher score than even the best and most experienced individual in the group.

Before the training weekend, each team member had completed an on-line assessment based on critical decision-making. This gave Sandy an accurate assessment of the team’s blind spots when it came to decision-making under stress. They collaboratively agreed to share the feedback on their reports which were each read out to the whole group. Luckily there were no horrors. However, it does show how open they are prepared to be with each other. The team were all amazed how accurately Sandy had assessed each of them from such a short and simple assessment. They were all reassured that they were very effective decision-makers and if (unsurprisingly) very driven, task-focused and can all work well with each other.

There’s no room for any hidden issues in Antarctica, as the expedition will expose every weakness. There was no criticism of any one person, more a plea to be aware of one another’s quirks and their own.

Statistics show that most accidents happen on the descent, rather than the ascent, of Everest, something which Peak Dynamics’ research and work bears out. Sandy warned the group that the second half of the trip is likely to be the most challenging when they will have depleted their energy, tiredness and monotony is kicking in, and when they will have to dig deep mentally. This is when good decision-making is critical to prevent impaired solutions and dangerous biases appearing. Conscious awareness of this will be key, as well as remembering that the group is stronger as a unit than a group of individuals.

Sandy Loder from Peak Dynamics spent a session with the team at their final training session, which looked in depth at the physiological makeup of the team and how their interaction with each other can be optimised during the 90 days they will spend together, with no other contact with the outside world. 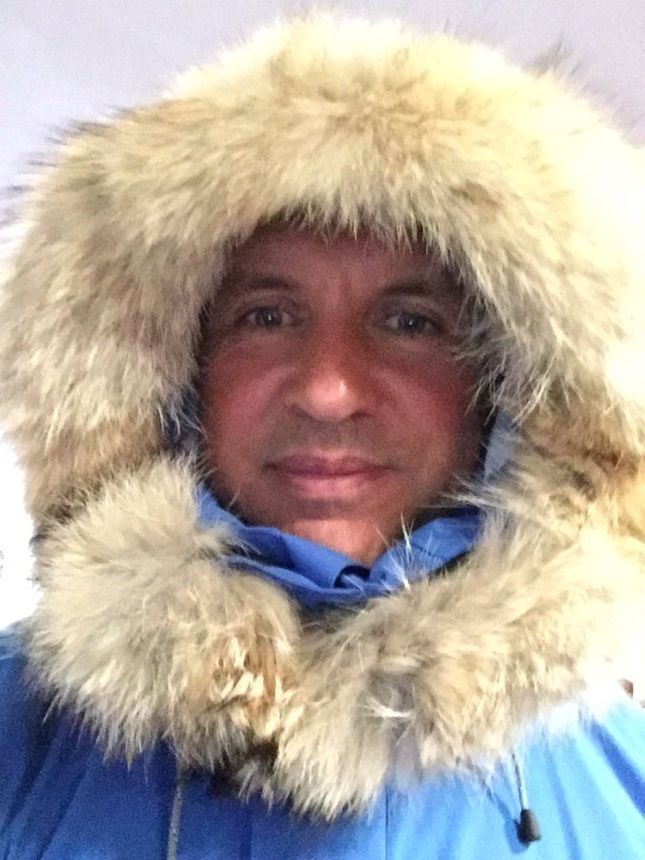