As many of you know, I have been taking groups up to the Arctic for many years. In mid-February, I took a group of 15 people (mainly from Asia this time) up to the snowy Arctic tundra for four days of dogsledding during which we focused on team and individual decision-making and behaviour.

Why go to the Arctic?

So why do I go to the Arctic to do this when you can do a lot of this in a comfortable conference room with a whiteboard and a PowerPoint presentation?

Apart from being out of the office for a few days and the scenery being totally stunning, what we are doing is exposing the group to a new culture, a new way of life, new types of (may I say) delicious food and the amazing Arctic ecosystem. It is a perfect environment to take a mixed group or an executive team or even an elite sports team and teach them new practical skills, as well also new ways to behave, think and work as a team, make good decisions and develop their leadership. The cold does not take prisoners and you have to learn quickly and you have to think smart especially in sub-zero temperatures. It is about taking people out of their comfort zone and developing them as a person and creating a tight effective team from a disparate group of people.

Outdoor experiential learning has been shown many times to be one of the most effective ways of learning new things and changing existing behaviours. Saying that creating a lasting change to behaviour takes between 21 to 66 days at least.

When people come on my Arctic trips, in most cases it is taking them out of their comfort zone. They arrive nervous, somewhat fearful but paradoxically excited. The cold especially is a major concern to them and they arrive with a certain perception of what the cold in the Arctic is going to be like. My most recent trip in February 2017, we had average temperatures around -25c to -30c for 5 days. I can hear you shudder and say to yourself, “that is not for me.”

You become very effective and very efficient at those sorts of temperatures. It forces change. It forces teamwork to happen and it is always a joy to watch as people realise that they can cope at these temperatures. Admittedly, they might not be boiling all the time.

When you ask the groups to reflect on what changes they have noticed or are planning to make after one of our Arctic experiences it is interesting seeing their feedback:

I have seen it many times that people’s coping strategies kick in and they surprise themselves how they well they do. You see the perception of people change especially around the acceptance living, working and excelling in the cold. They can step outside their comfort zone and grow. That initial fear and dread is replaced by learning to be comfortable in the cold and work with it and not fight it. It is about adaptability and flexibility. Doing anything like this in the Arctic starts to make the risks much more binary and with that sharpens the internal decision-making process of people. It quickly exposes poor team work and poor decisions. It makes people stop and think before doing things. Preparation and planning become a vital daily tool. Away from all of this learning and development, everybody leaves with a different and positive impression of a part of the world that they have never visited before and an iPhone full of pictures to sustain their memories and be able to boost their self-esteem by showing their friends where they have been. A win-win for everybody. 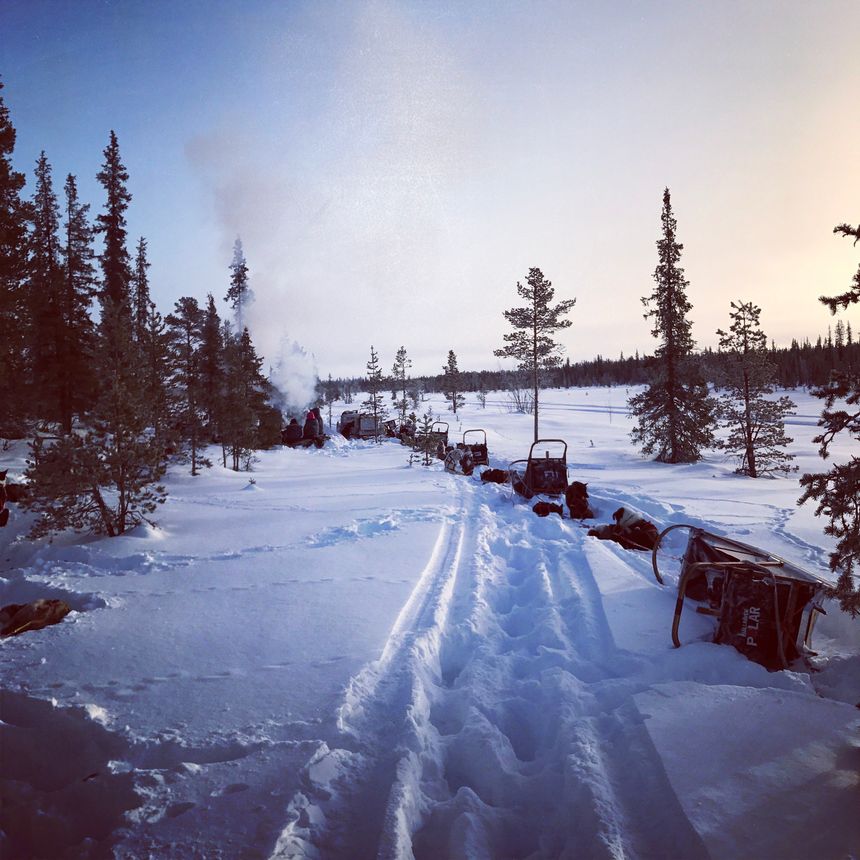